Too Many Children Have No Hope of Going to School. The Parents Just Cannot Afford It. Haiti Hope House Makes Education Possible For Some of Them Such As Daiphka, Above With Rev. Aguilh. After five years in the Program, Daiphka has completed Elementary School (6th Grade) and has moved to Port-au-Prince to live with relatives. 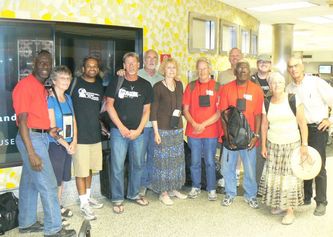 Haiti Hope House History
The idea of an organization such as Haiti Hope House began to take
shape during Rev. Aguilh's (first on the left) first trip to Haiti, after more
than 40 years in  the U. S., in April 2010, 3 months after the earthquake.
He was part of a team from Ohio's Gighamsburg Church in partnership
with GVCM (Global Vision Citadelle Ministry).
It was a one week missionary trip to Fedja, a  community near
Mirebalais, in the Central Department, which forerever changed
​Rev. Aguilh's life .

On his second trip, three months later, Rev. Aguilh went to the South-East part  of the country, in an area called Musac (Mizak in Kreyol), in La Vallee de Jacmel. Rev Aguilh's first trip to Mizak was to assist the Associate Director for the Communities of Shalom (COS) conduct a class for a group of leaders of that community about creating a Shalom Zone. The Communities of Shalom Program was then Based at Drew Theological Seminary where Rev. Aguilh earned his Master of Divinity (MDiv) degree, Magna Cum Laude.   A Shalom Zone is an asset-based multicultural, multifaith community development organization.
Mizak is a mountainous rural community with a population of about 35,000 people of which 70% are peasants trying to survive with income of about $1.00 a day. The population of Mizak is rather young with 63% under the age of 18 years. Mizak is about 50 miles south of Port-au-Prince, and about 8 miles from Jacmel, the nearest "big town." It is a community without running water, electricity, hospital/doctor, and very bad dusty, rocky, gravel roads sometimes accessible only by motorcycles, the most common mean of transportation. 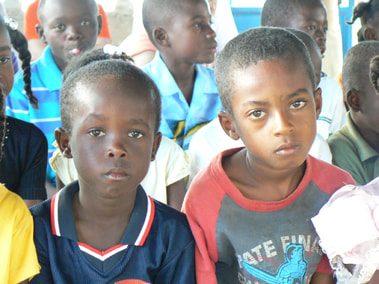 It was during this training that he took notice that just as it was in his first trip, but even more so in Mizak, there were so many children who for economic  reasons, were not going to school.  It was time to move beyond repairing  broken houses, passing out flashlights, and health kits, and talking about community development. It was time for action, meaningful action. It was time to do  something more lasting, at the grassroots level, something with the power to  impact the life of these children and these young people positively both in the  present and for the future,  something that will give them hope. It was time to provide  EDUCATION OPPORTUNITY.

Haiti Hope House was no longer an idea, it is about to become a
reality. So as he prepared for his third trip since the earthquake, Rev.
Aguilh gathered two other Haitian Pastors, a good friend from Jamaica, and  his wife and shared with them his vision for the children and young people of  Haiti, in Mizak. They pledged their support, and volunteered to be members of the first Board  of Directors. The paper work required to create a non-profit organization began soon afterward. An accounting firm was contracted and charged to  shepherd their application through  the State and the Federal governments for incorporation and non-profit charitable organization designation. 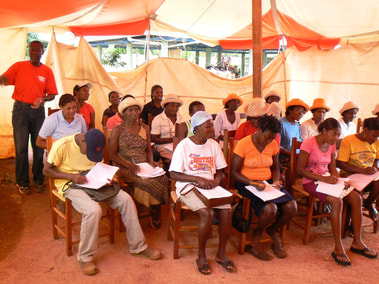 While Rev. Aguilh was in Haiti for one full month presenting seminars on Leadership, Business Administration, and teaching English as a second language (ESL), as a guest of the HAPI (Haitian Artisans for Peace International) organization, Haiti Hope House (HHH) was being born in
the States.

The official birth occurred on September 22, 2010 with the incorporation
of Haiti Hope House in the State of New Jersey. A few months later it received the status of a 501-c3, public charity organization.

Since then, HHH has directly financed the education of more than 260 children by paying their tuition, buying their books and other required school supplies.

It has also provided training to more than 100 young adults in marketable skills such as Electricity, Basic Computer Skills, Project Management, ESL, and English Translation; all conducted by Rev. Aguilh.

Starting in 2013, it was decided that the organization needed a home of its own. In September 2013, ground was broken for the construction of the HHH Learning Center. Five years later, on September 2, 2018, it inaugurated a brand new solar energy powered building, the Haiti Hope House Learning Center which among other things includes the first and only Library in the Mizak Community and a media center. See picture below. 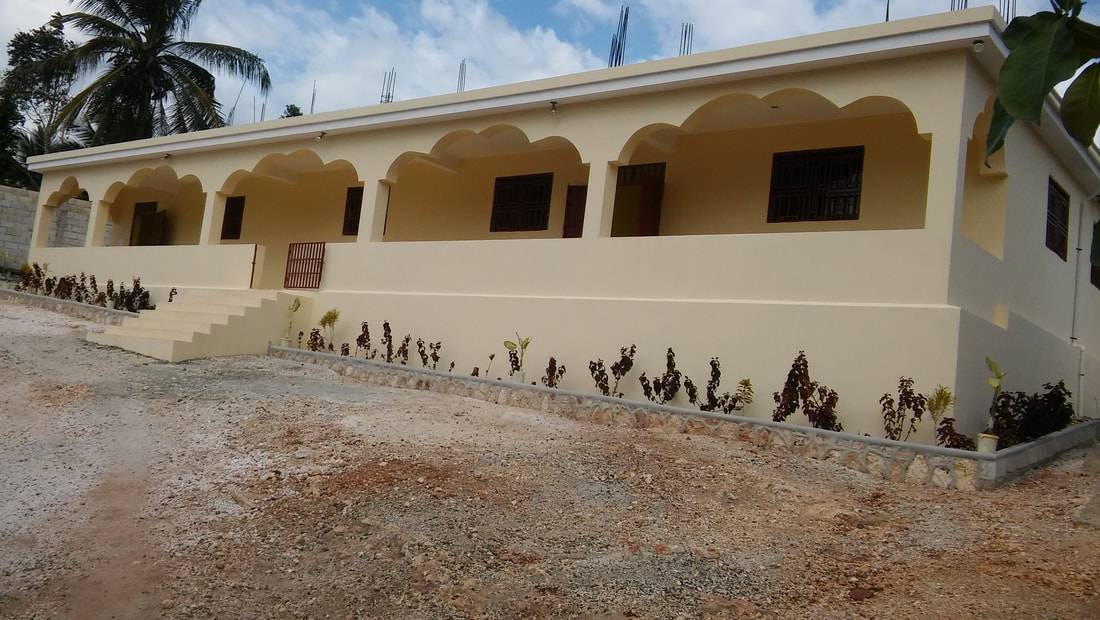 More details about our work can be found in the succeeding pages, especially the pages: OUR WORK, LEARNING CENTER, and NEWS.
Our Vision
To impact the lives of children and young adults through education and training so that they can be empowered to be the best they can be, and to become major agents of positive change.
Our Mission
The mission of Haiti Hope House, Inc. is to seek opportunities to help educate Haitian children, and train Haitian young adults in marketable skills in partnership with existing organizations and local communities in order to equip them, and give them hope, for a better future.

Haiti Hope House has been operating in Mizak since September 2010 helping to educate the children of that community, and train the young adults, and making a positive difference in the life of the people, one child at a time, one young man, one young woman at a time, one family at a time in the name of Jesus Christ.